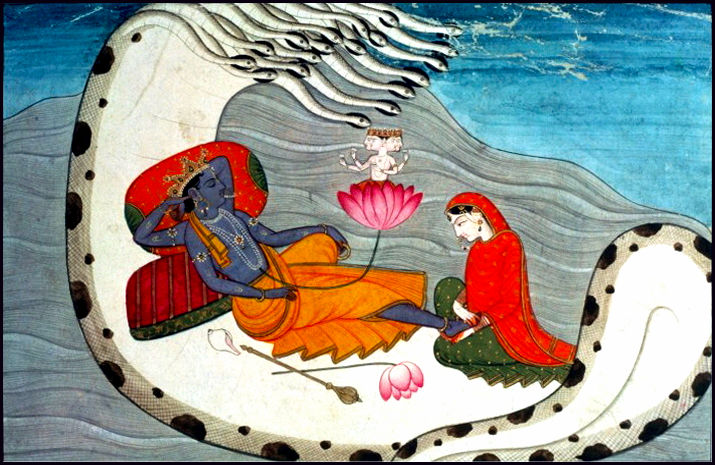 When did the pole star Dhruva become synonymous with the constellation Abhijit?

Maybe 4th canto, 9th chapter describes when this happened. However, let’s be clear about something: Dhruva and Abhijit are not entirely synonymous. Actually there are three things we can confuse:

Dhruva is the pole itself: The point in the sky that does not move at all (which is the literal meaning of “dhruva“), and around which everything else moves.

Abhijit is the closest major star to that pole.

Abhijit nakshatra is a zone that can be defined by extrapolating from the pole, through the star, to the ecliptic.

Considering precession, how do we know which star is “Abhijit”?

There is no star EXACTLY at the pole and, yes, due to precession a few different stars come relatively close over the course of millennia, but Abhijit (Vega) is by far the most bright, conspicuous, and noteworthy of them.

Precession has a ~25.7k year cycle. Abhijit was very very close to Dhruva c. 14k years ago, and would have also been at ~39.7, 65.4, 91.1, 116.8 (etc) thousand years ago (so the story in 4th canto, 9th chapter probably occurred at one of those times), but even when it is at its furthest from Dhruva (as it basically is now), it is still the brightest star in the vicinity of the pole (click to see the image clearly).

Stars, planets, and other points in space act as “celestial projections” of various loka (“realms” / “worlds” in which it is possible to exist, but which are very distinct from each other in their rulesets). In other words, celestial points are “nominals” for different loka. This allows them to be utilized as access points to those lokas by arcane sciences that I think are probably entirely lost or impossible for us to execute by now.

In 4.9 of Bhagavatam, Viṣṇu gives the pole to a boy named Dhruva. Perhaps the pole was thereafter called “Dhruva” or perhaps visa versa, the boy was named for his kingdom, or perhaps neither. In any case, Viṣṇu gave the pole to Dhruva as the arcane means of granting that boy access to enter Viṣṇu’s realm to become Viṣṇu’s associate after completing his duties and responsibilities in this world. 4.9 explains this directly.

Why do we use 27 nakshatra instead of 28 (including Abhijit)?

Because we are astrologers.

If we want to be different and use 28 nakshatras there are 2 approaches that I know of.

One is a very unusual system that redefines all the nakshatra significantly, making them unequal with each other, and hence breaking the very founding principle of nakshatra (“the area that belongs to the moon over the course of one solar day”). So, I am not a fan of this system and am not really even sure of its obscure source, or whether it even has a reputable source.

The other system is more widely accepted and does not break the basic concepts behind the blueprint of the nakshatra. The idea is that Abhijit Nakshatra would overlay a fourth of the end of Uttarāṣāḍhā, and a small bit of the start of Śravaṇa.

Being practical, it isn’t really all that exciting to use Abhijit here, because the culminating area of Uttara-āṣāḍhā should already (in the typical 27-nakshatra system) be seen as symbolizing the same power and mastery that Abhijit should be seen to symbolize. So it doesn’t really add or change much to add Abhijit in here.